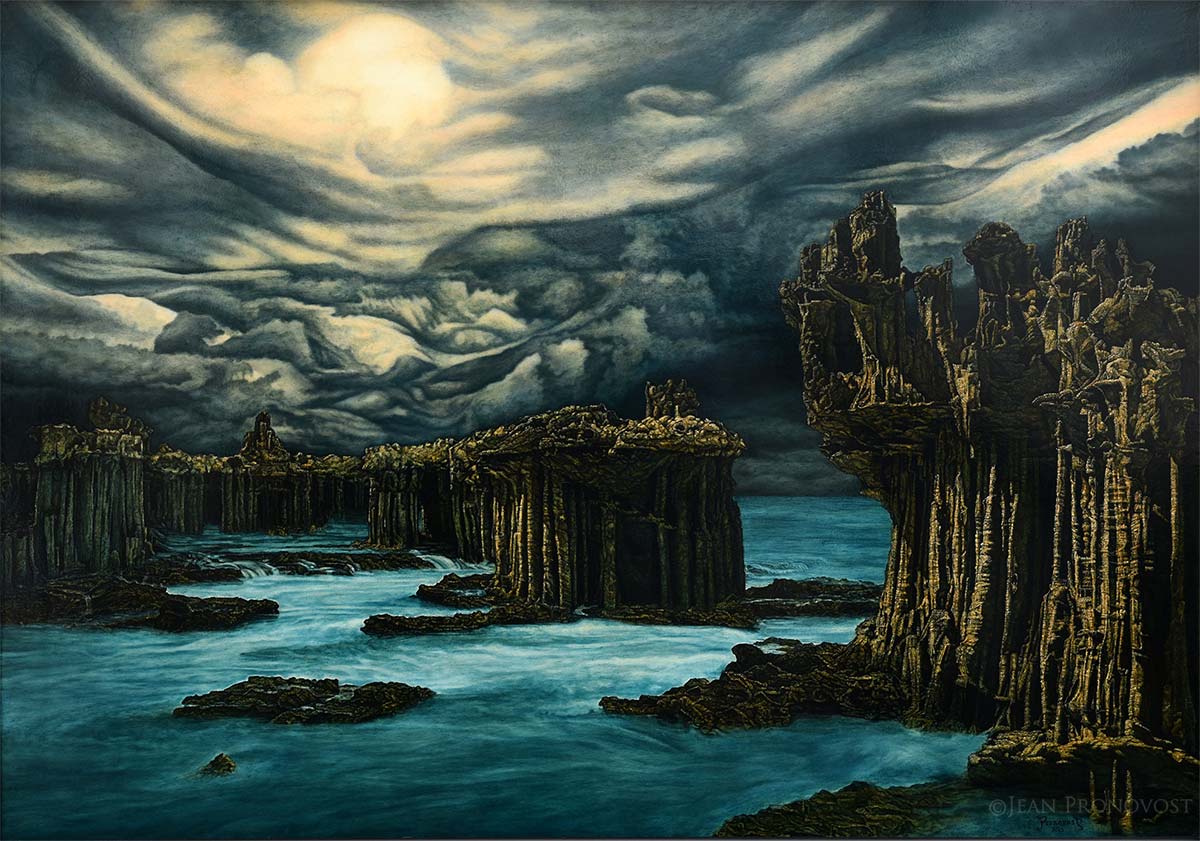 THE LOST PILLARS OF EDEN

THE LOST PILLARS OF EDEN by jean pronovost

The Eden you find here in this painting is not the one you are accustomed to; it is definitely not a garden. This scene is turbulent, inhospitable, and very savage. No human could survive here; nothing grows or thrives. We see rock formations, water, and sky, but otherwise, the atmosphere here feels unfamiliar and unwelcoming. This world is one that pre-dates humans, or maybe exists after we have been wiped out. If anything, it is a place where only gods and nature could exist. They belong here, it is their place – not ours.

The play of light and shadow create a feeling of mystical energy. The twisting and tormented clouds have some soft light rays pushing through, and the water while violent in its waves is a beautiful, bright blue. The rock formations almost look like primitive temples; they are organic and sacred structures.
This is a primordial innerscape painted in the style of a classical landscape: it is a feeling or a subconscious moment rather than a real depiction of nature, executed in layers of oil paints on canvas. It captures eloquently how fragile, vulnerable, and inconsequential we are compared to the universe we are part of. This creates a deep sense of awe and inner awakening; it is as if we are opening the primeval windows into the past.

The Pillars of Eden is a place where life will begin; a primordial land of promise, the bedrock from which humans, animals, and vegetation to one day grow. Each component of this painting is a pillar: the sky, the rocks, and the sea all serve as foundations for various forms of life; they are all connected. This monumental painting is an elegy to nature and a reminder of its power and beauty.

THE LOST PILLARS OF EDEN - THE PROCESS