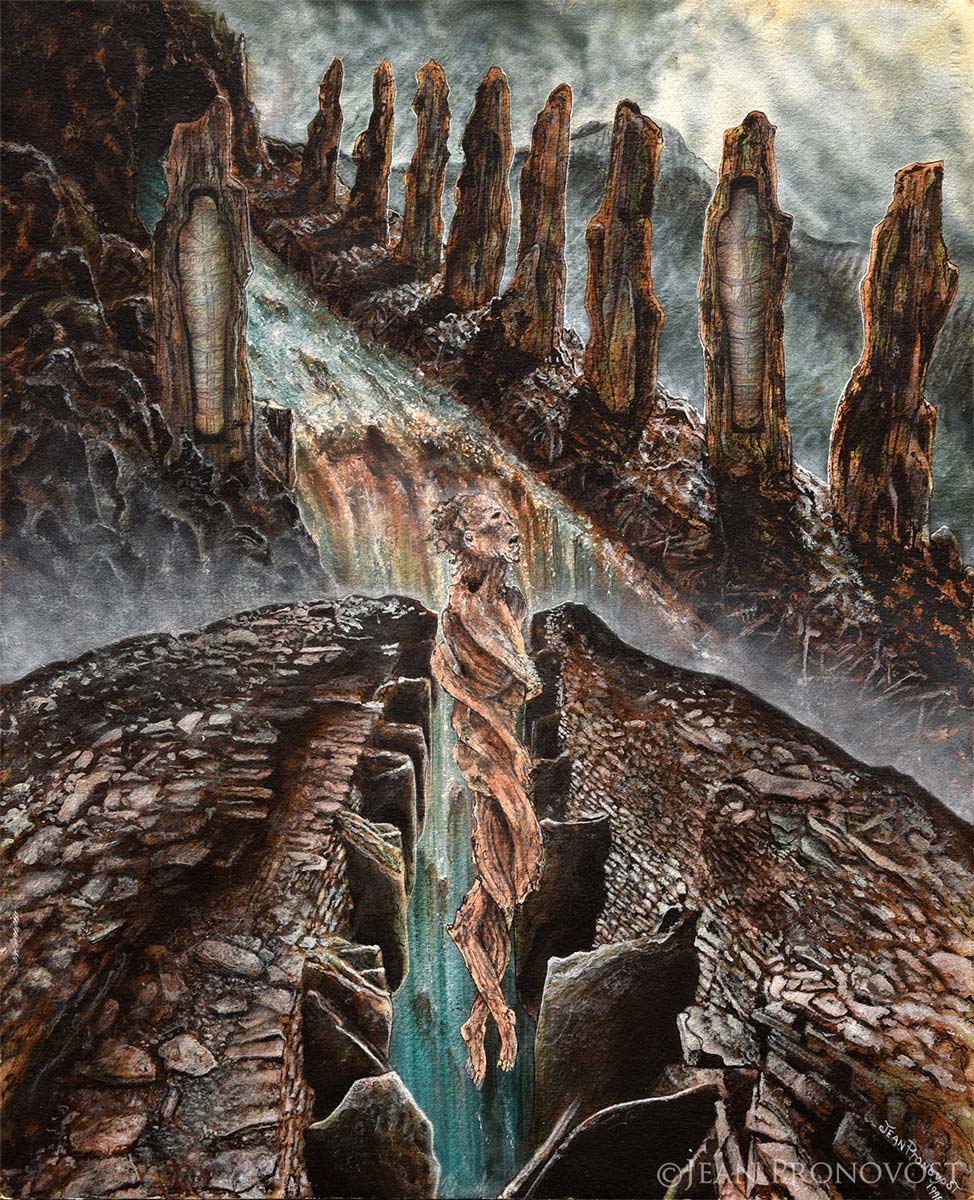 In this third and final painting in the series, we find ourselves in a landscape with an impossible perspective that feels unrealistic and angularly very strange. In this scene, we find the intermingling of symbols of life and death, and a depiction of the passage between them again. The line of composition is now an inverted triangle: the human-like character in the middle is pointing downwards while the mummy figures stand and flow upwards.

This piece is also the brightest in colour of the three; it takes place above ground and in daylight. The primitive man has now hatched from the egg, his body is twisted and contorted. He looks like he is trying to break free from this interdimensional struggle. The rocks on the cliffs around him are a similar type to those found at Stonehenge, and they lay in various directions creating a feeling of disjunction and confusion.

The waterfall behind him is also running upwards. The mummies on the rock bridge above him are Egyptian in style and are wrapped with linen fabric and encased in Neolithic stone. At their feet, there are bones all over the ground. In the background, there is a mountain with some organic clouds, the only aspect of this painting that feels possibly real.