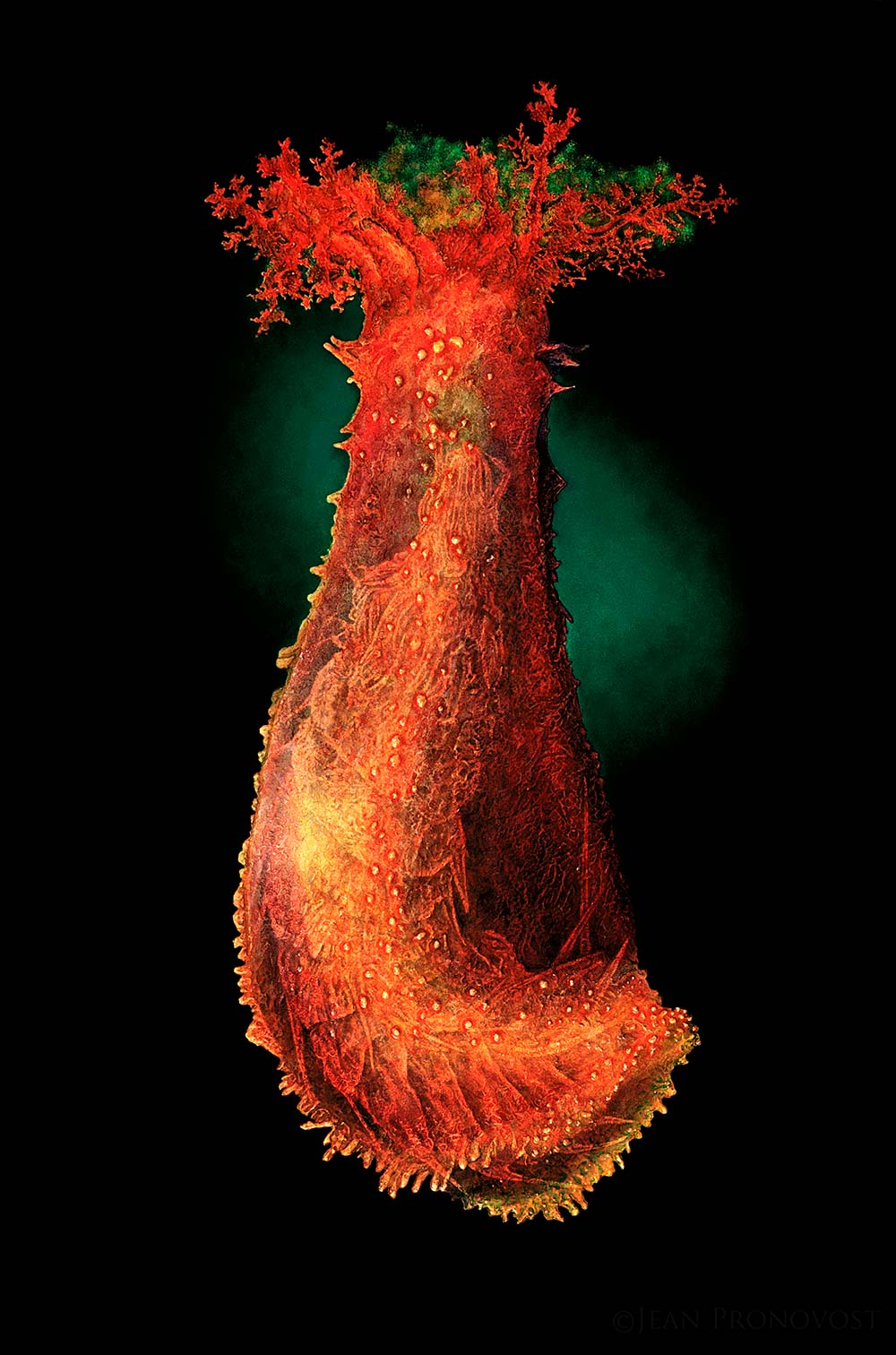 “When skies above were not yet named
Nor earth below pronounced by name,
Apsu, the first one, their begetter
And maker Tiamat, who bore them all,
Had mixed their waters together,
But had not formed pastures, nor discovered reed-beds;
When yet no gods were manifest,
Nor names pronounced, nor destinies decreed,
Then gods were born within them.”

Based on the ancient Babylonian creation myth Enuma Elish, this series of paintings takes us into the deepest primordial waters where the primitive gods were born and dwell. This epic tale told on tablets takes place in the swirling waters of the first gods Apsu and Tiamat, the former representing freshwaters and the latter salt oceans. This is a time before the land and sky were formed and named – only the oldest gods existed. Portrayed as primordial sea creatures, similar to medusa, these primeval gods float in the dark and expansive watery domain known as Anduruna.

Depicted as having bioluminescence, they bring a beautiful and mystical light to the darkness. They create a sense of wonder and this vibrant glow hints at the great power they have inside themselves. The striking contrast of these vibrant gods against the blackness of the deepwater comes to symbolize the natural cycle of life and death. While being the cosmic opposite to the heavens and a shadowy version of earth, the netherworld is just as necessary to the universe and creation itself. The immeasurable and jet-black primordial waters that comprise the backdrop of each painting in this series offer us a glimpse into creation at its earliest moments, where light and dark come together, and life and death will soon begin with humankind.

In the cosmic void full of darkness and wonder, we find a massive and brilliant orange god named Qingu. His father, Absu, was violently murdered. His mother, Tiamat, full of fury and vengeance gathered a mighty army to fight the other gods.

She made Qingu the general; if he were victorious, he would become the ruler of all the gods. The plan failed horribly, and for their treacherous actions, both Tiamat and Qingu were killed. In their death, Tiamat’s body was divided into the earth and sky, and Qingu’s blood was mixed with clay and spittle from the other gods to create humans.  After this, he was sent to the underworld in exile to dwell with the other deities who sided with Tiamat. 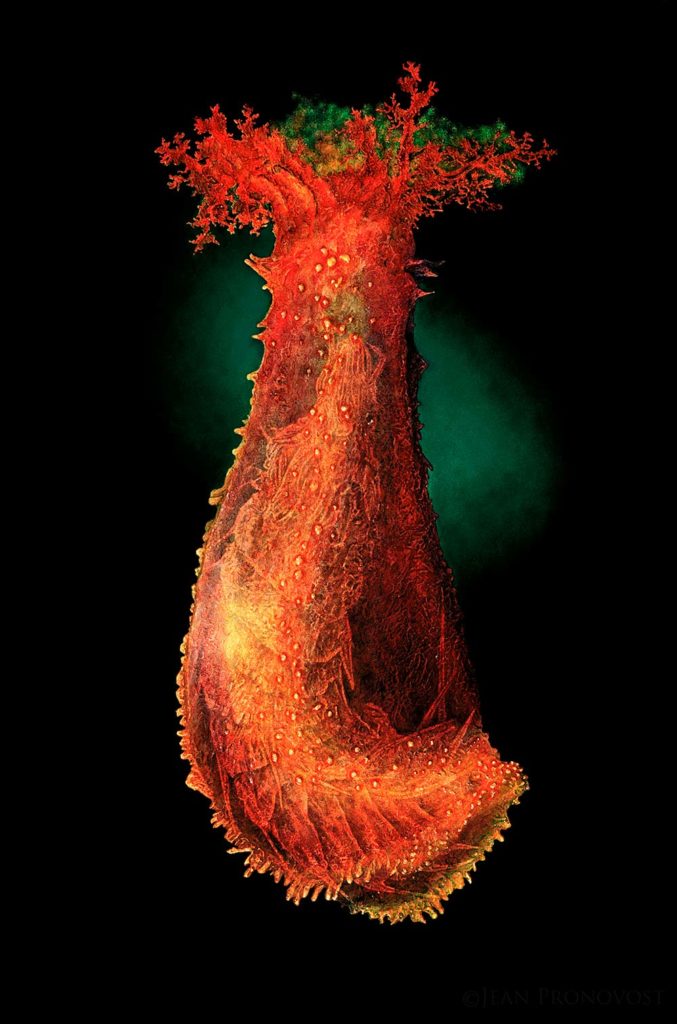 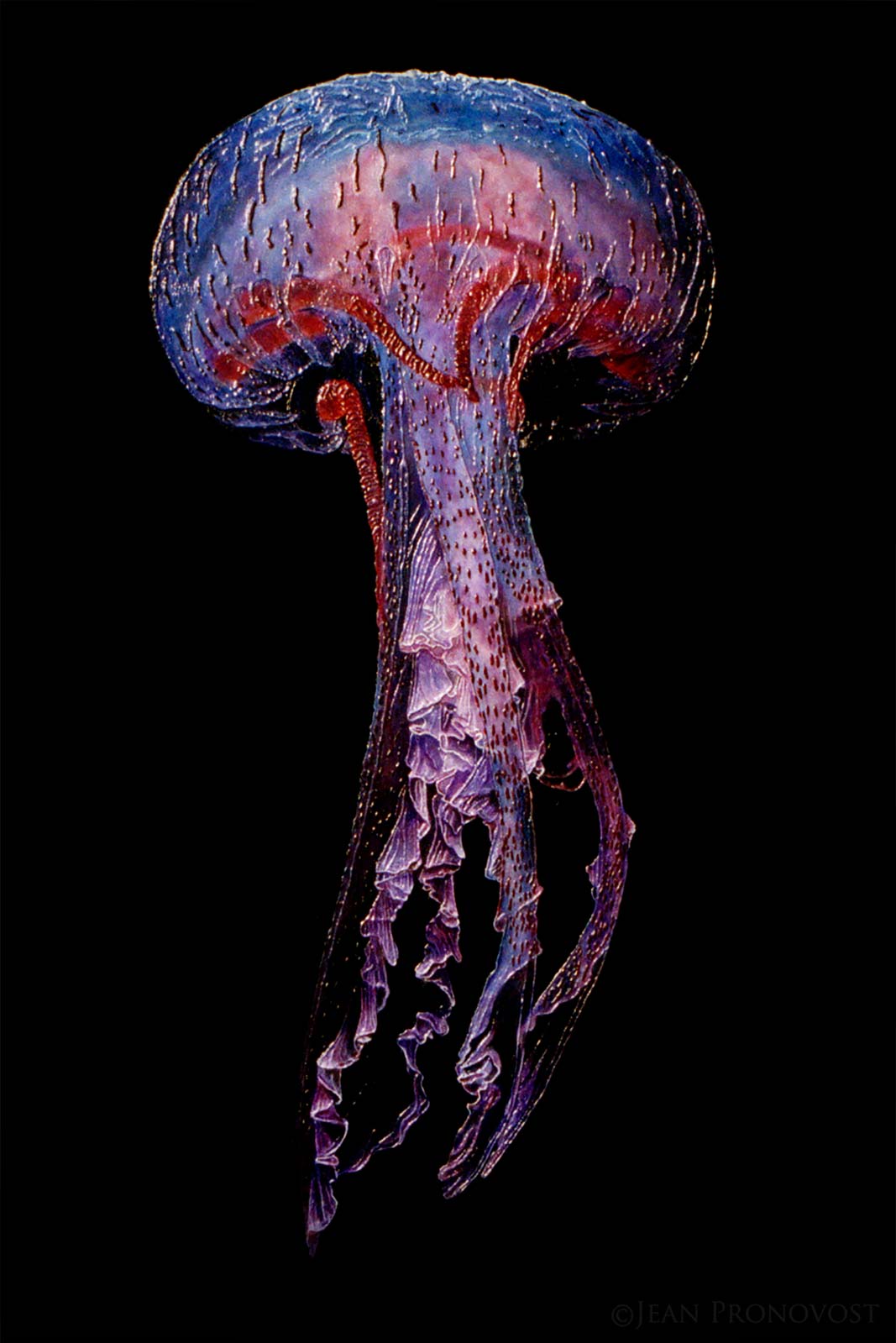 Through the darkness of this immense primordial abyss comes a great god that glows in lavender with hints of red. His large, soft body and calming colour should not lead you to think he is just a gentle giant. Ninurta is the god of war, hunting, and the south wind. He is the son of Ellil and Ninhursag in some stories and in others Ellil and Ninlil.

Often depicted as an aggressive warrior god who has more brawn than brains, he is also commonly associated with restoration and protection through his marriage to Gula, the goddess of healing. In another epic tale, he is the only one willing to challenge the Anzu bird and retrieve the Tablets of Destiny.

We can imagine the majestic, luminous god known as Damkina powerfully floating in the vast realm of Anduruna. She is the goddess and mother of the hero-god Marduk, one of the most significant and powerful characters in the epic poem. She is the consort of Ea, a creator god who is also the god of wisdom and freshwaters. 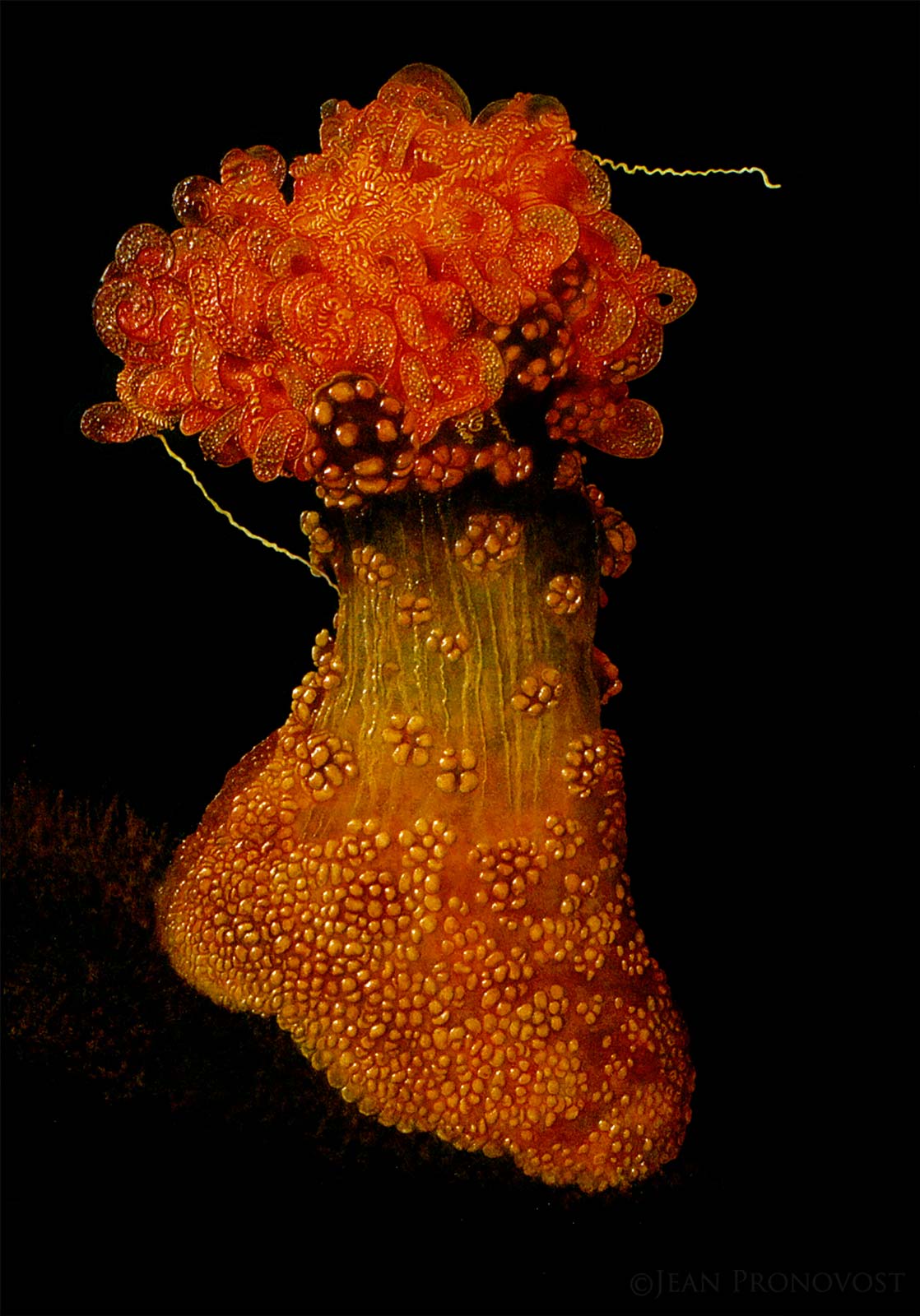 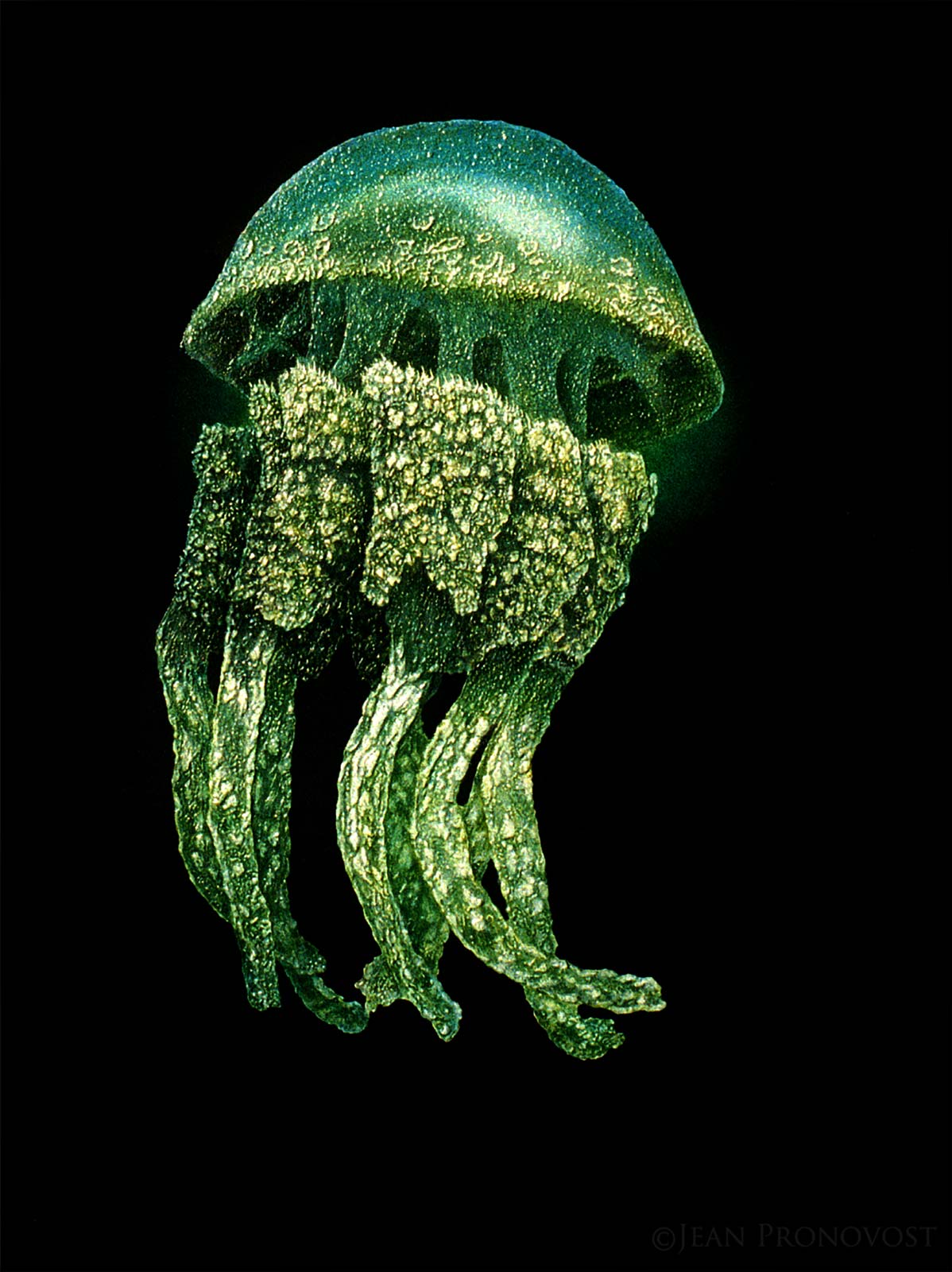 Like a brilliant emerald, Duranki is a magnificent precious jewel glowing in the depths of the primeval waters of Anduruna. He is an epithet to Ellil; Duranki was the name of the staged tower of Enlil’s temple in the city of Nippur. Duranki means ‘the mountain’ or most importantly, the ‘bond between heaven and earth’. Ekur is Sumerian for mountain house. No matter if Ekur or Duranki is the name that’s used, they both mean the center of the earth and a location where heaven and earth were united.

An ethereal and eerie entity swimming through the depths of these vast cosmic waters is the great Ereshkigal. With immense presence and power, she is the Queen of the Dead and ruler the underworld.

Her domain was called Kurnugia, ‘the Land of No Return,’ a vast realm filled with gloom under the earth, thought to be beneath the Mountains of Sunset. She ruled over these souls from her palace, Ganzir, located at the entrance to the underworld. 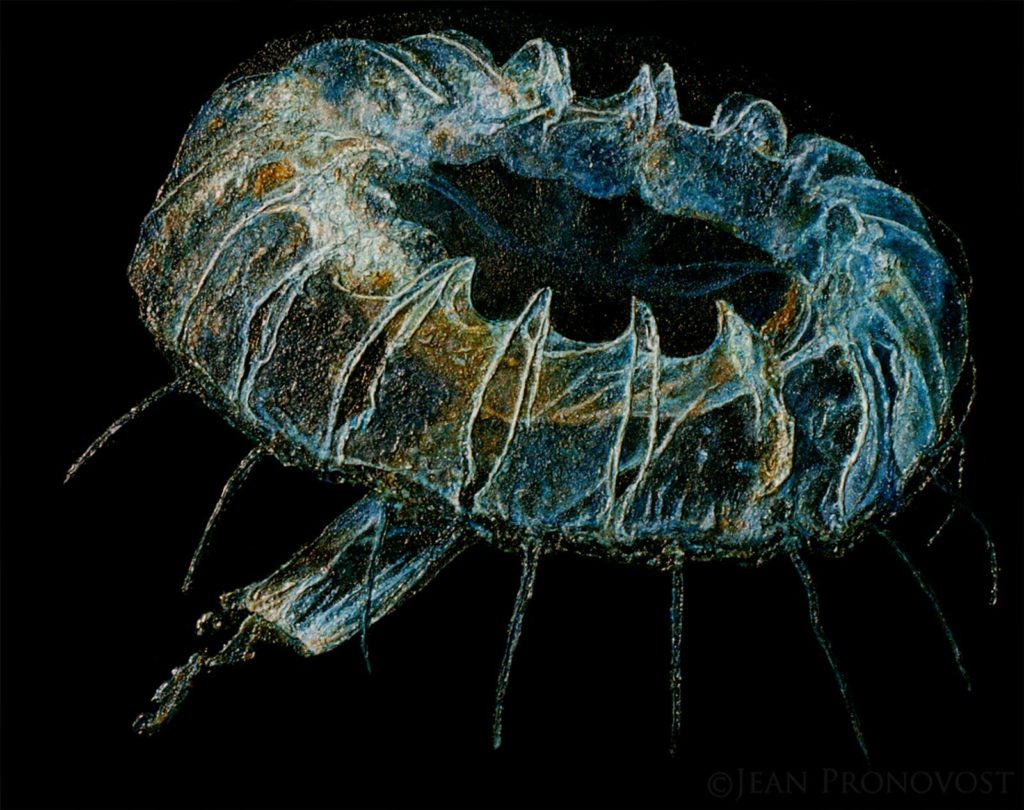 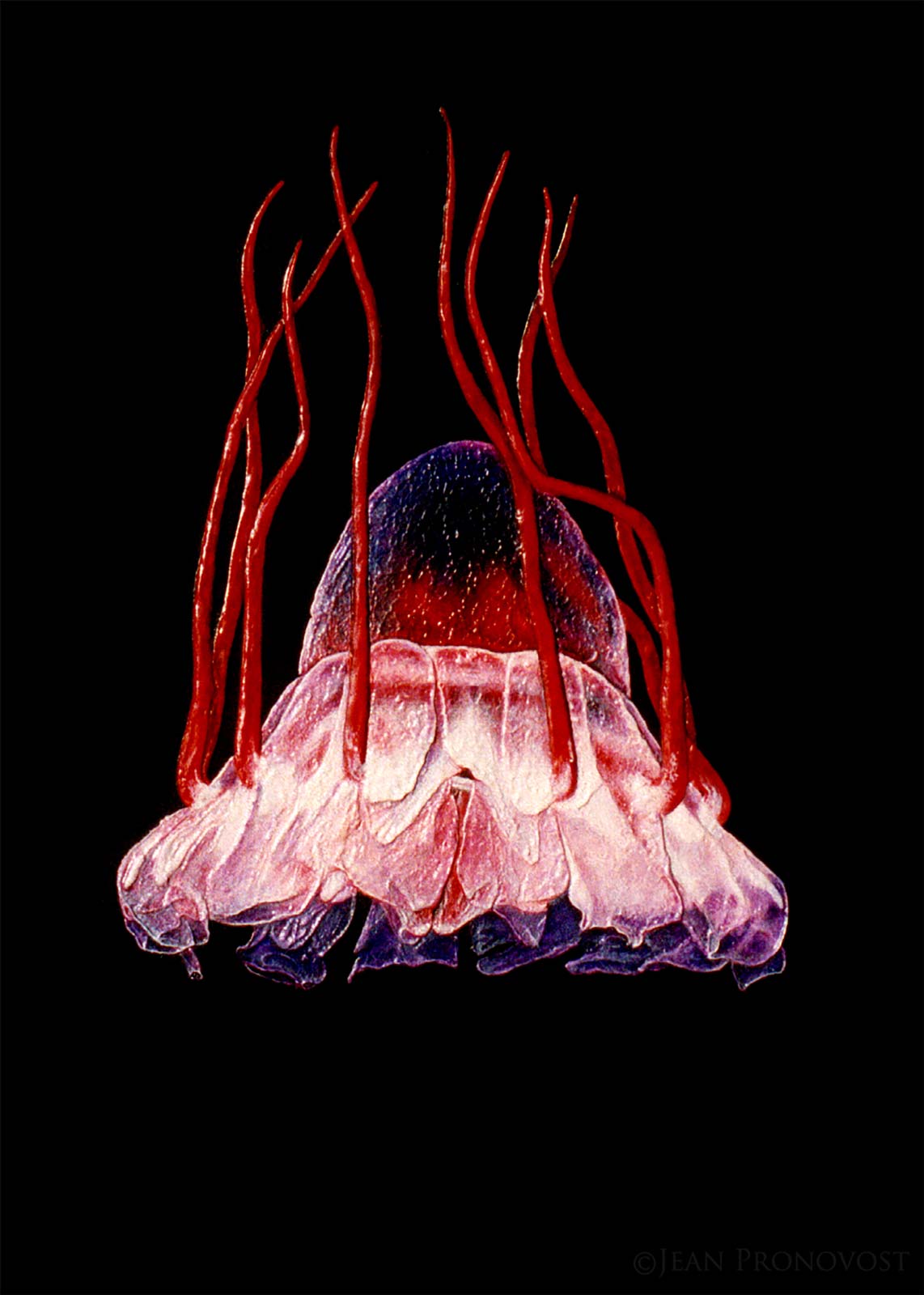 Ellil’s supernatural body of fiery reds and royal purples cast a colossal and unmistakable light in the blackness of these primordial depths. He is the god of the wind and storms, and son of Anu, god of the heavens. He is also one the most powerful of any of the elemental deities and was worshipped as king of the gods until the arrival of Marduk.

Along with Ea and Anu, he formed a triad which governed the heavens, earth, and underworld. He was also the keeper of the tablets of destiny that contained the fates of the gods and humanity, this monumental task passed down to him by his father. Ellil was the only one to have access to his father; humans prayed to lesser gods who would then pass the requests along to Ellil in the hopes of reaching Anu.

Resembling a luminescent lantern floating in the primeval darkness is the god Anshar. He is the god of the sky: An meaning `heaven’ and shar for `horizon.’ He is the grandchild of earliest creator gods, Apsu and Tiamat.

His consort was Kishar – Ki meaning ‘earth’ – and so together as a couple, they are the gods of above and below the horizon. In the epic myth, Anshar initially sends Ea to confront Tiamat. But Ea fails miserably to stop her, and this leads to the convening of a council where Marduk is recognized as the greatest and mightiest of all the gods. He then goes into battle against Tiamat and her army, where he is victorious. 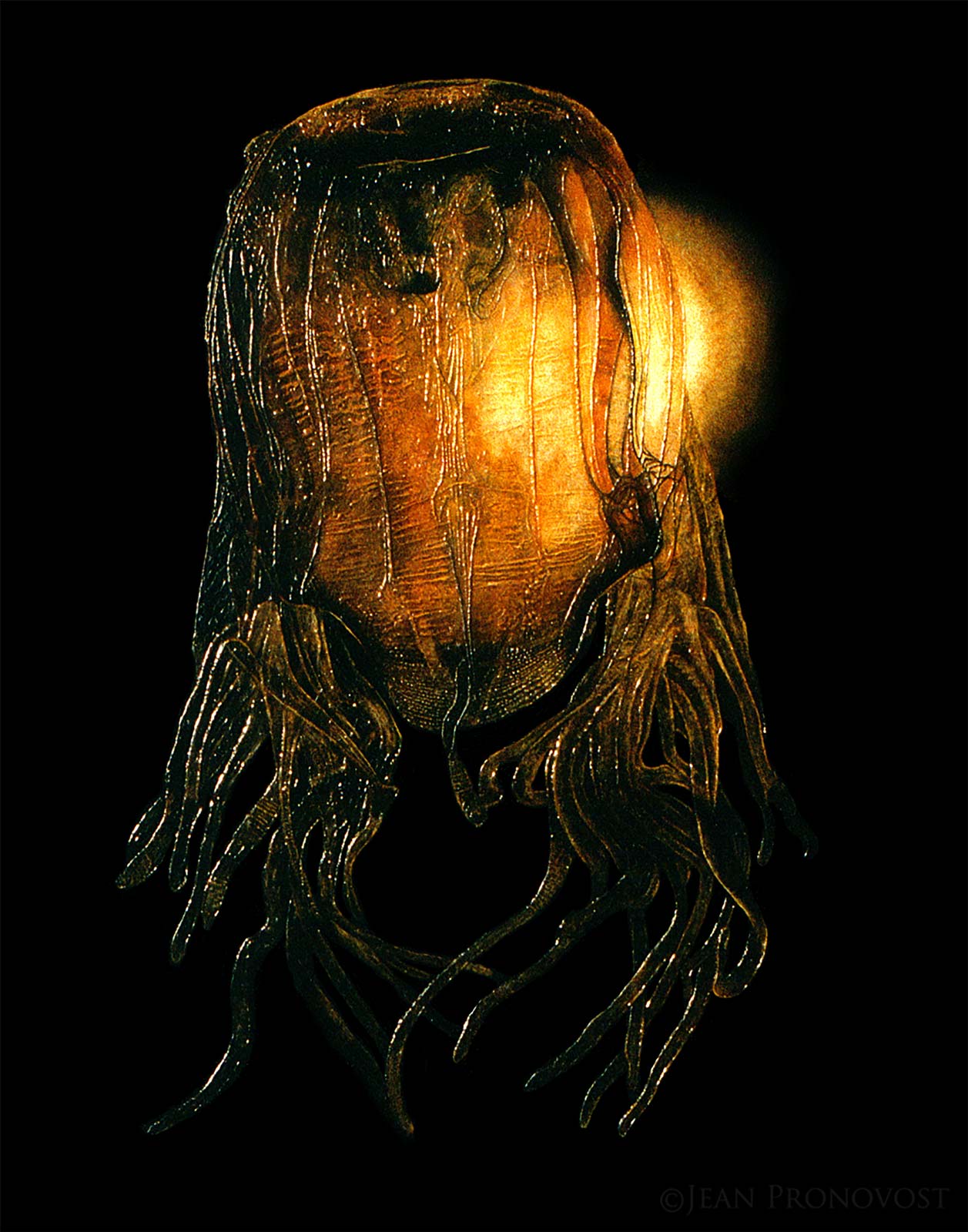 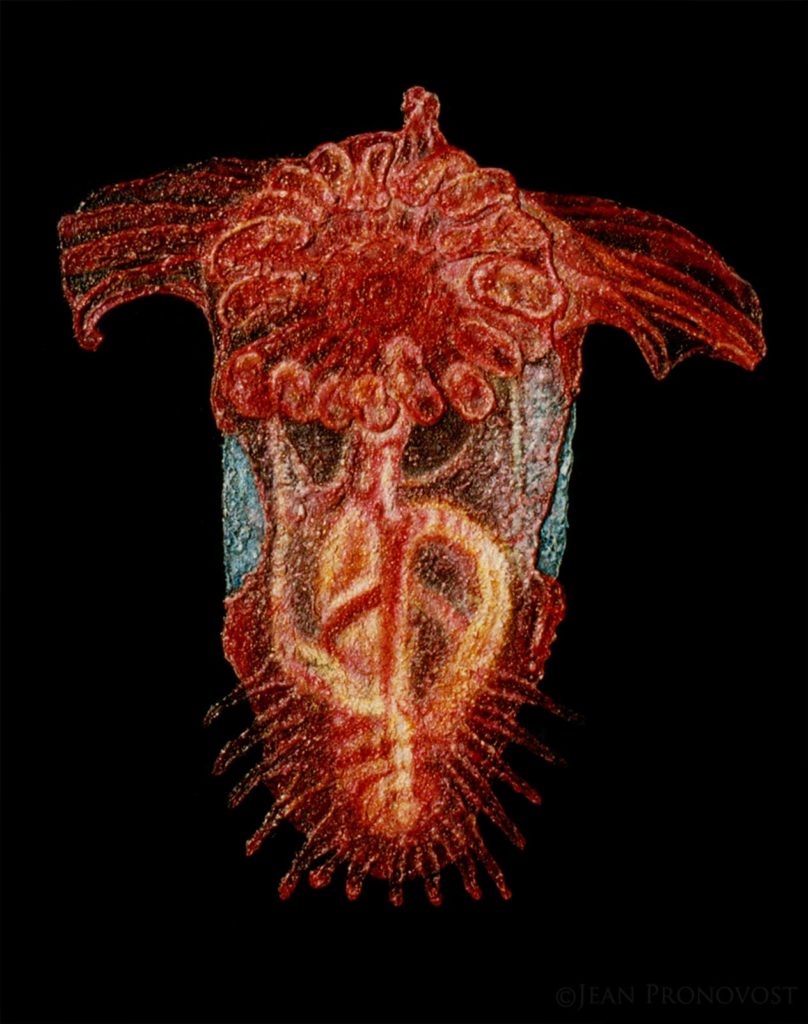 An earlier symbol of the god of war, Ningirsu (translated as “Lord of Girsu”) was the tutelary deity of the Sumerian city-state of Lagash. In addition to being the farmer’s version of the god of thunder and rainstorms of the spring, he was also the god of plowing. In his earliest form, Ningirsu — which is depicted in this piece as a primitive, luminescent red entity — was also thought of as an enormous black bird with a lion’s head floating with outstretched wings roaring its thunder cry, hence the association with thunder.

The son of Ellil and Ninlil, Ningirsu was the consort of Bau, Queen of Nippur. Marking the beginning of the plowing season in this city was the Gudsisu Festival, a major festival of his.

Resembling a majestic and gigantic primitive protozoan, Absu reigns supreme in the cosmical darkness of Andurana. He and his consort, Tiamat, are the first gods – the oldest of the old. Absu is the god of the fresh and sweet waters. He merged his fresh waters with the salty waters of Taimat to begin creation. From their union, all of the other gods were born, and later the elements that comprise earth came into being.

After he and Tiamat conceived new life, they became quickly annoyed because their offspring gods were so rowdy and disturbing the peace their parents enjoyed. This led to Absu wanting to kill all the new gods they created, but Tiamat loved her children and didn’t want them to die. He was killed by his son, Ea, an event that inspired the war of the gods with Tiamat. Absu is a central figure of the Enuma Elish. 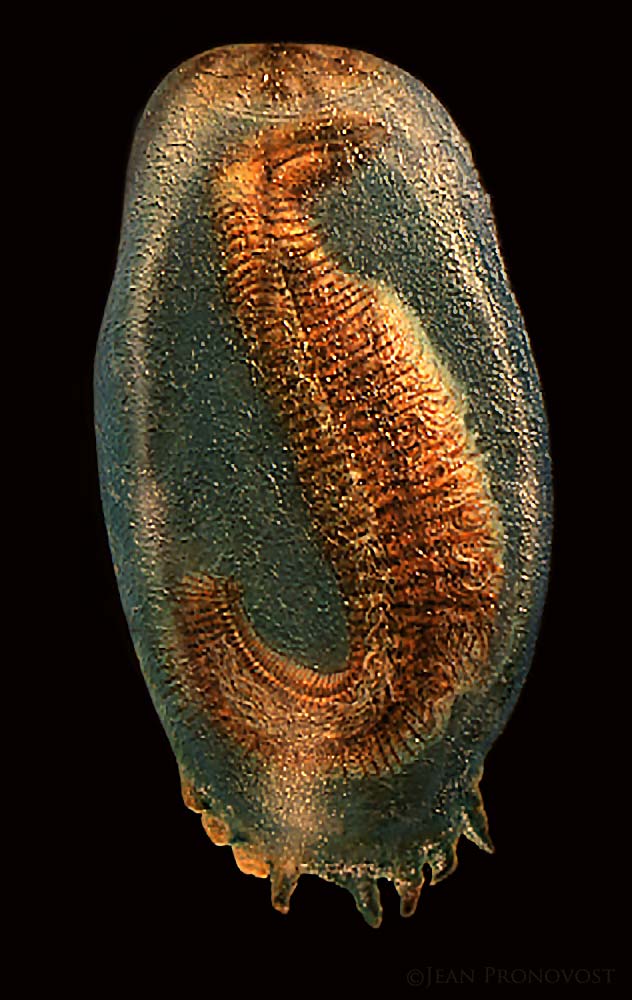 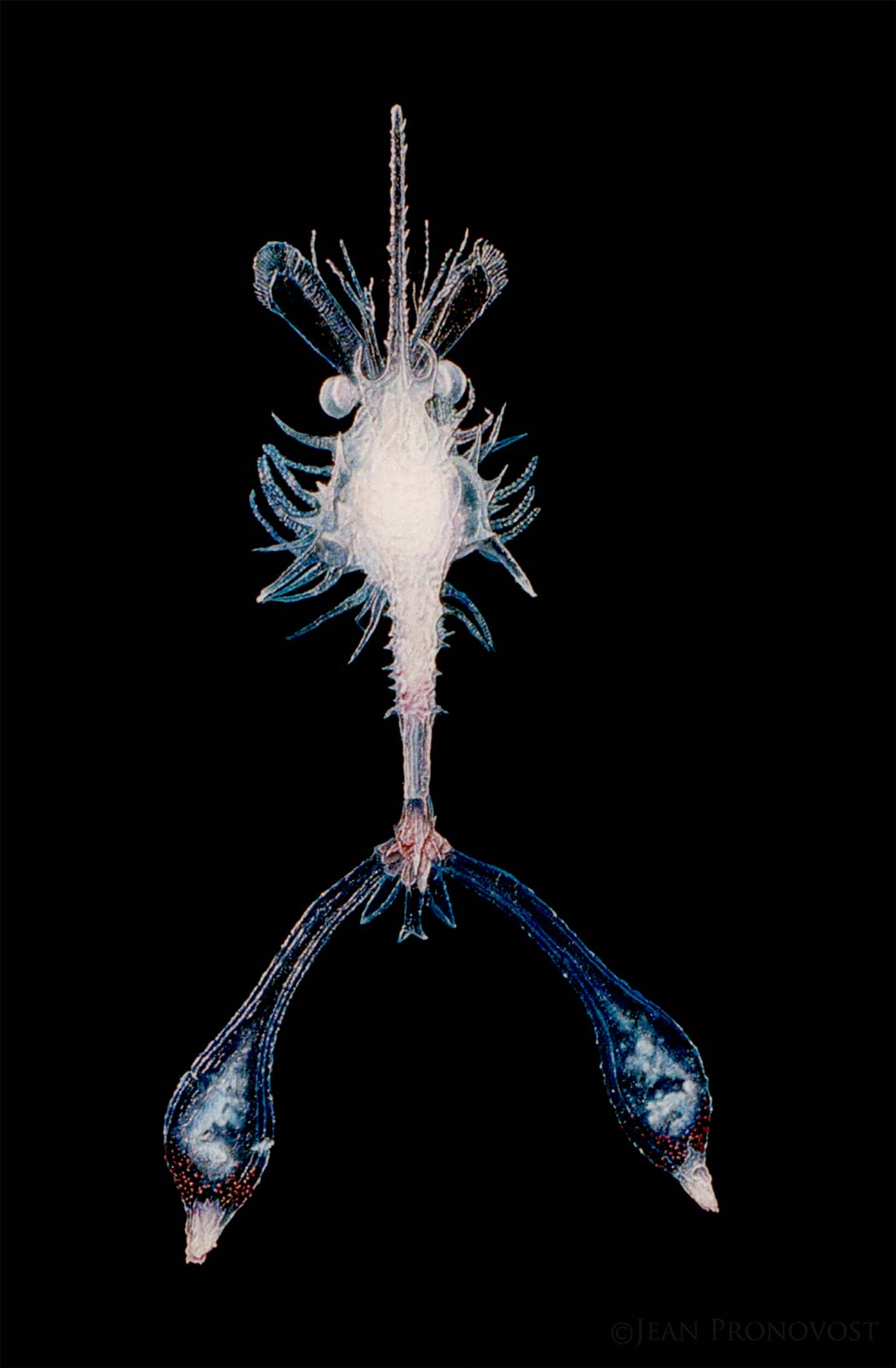 With a magnificent bright light radiating from his core, Dumuzi is a presence in the dark cavernous abyss that is unmistakable. He is the god of fertility and shepherds, and consort of the goddess Ianna and brother to Geshtinanna. Heroically he takes Inanna’s place in the underworld after she is trapped and killed there by Ereshkigal.

Then, later, Geshtinanna offers to take his place. Dumuzi stays in the underworld for half the year and Geshtinanna the other half, and this is the reason for the cycle of the seasons we experience in our world.