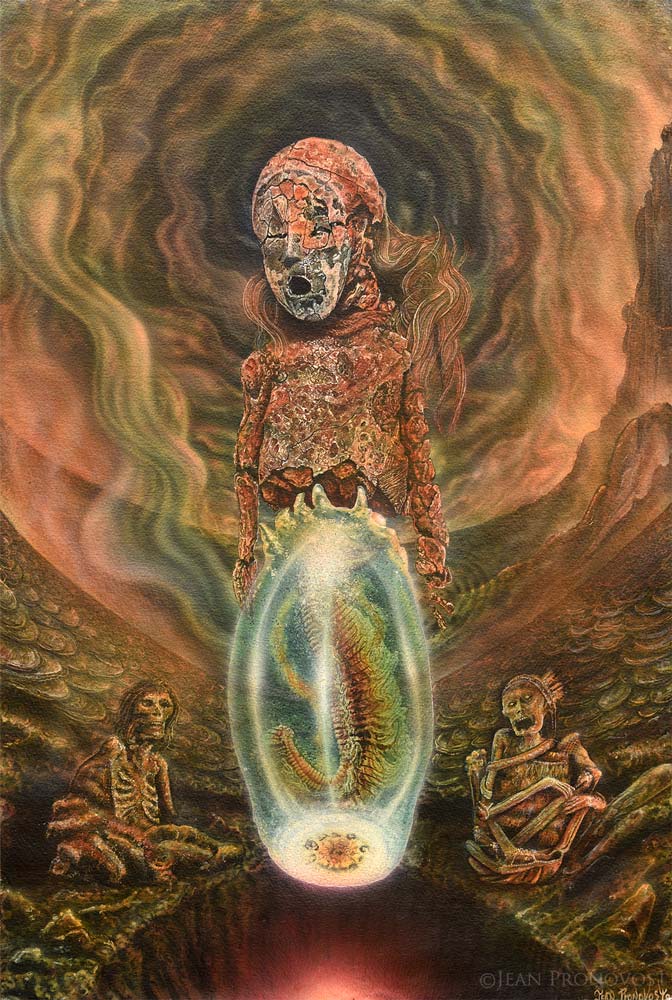 The first painting in the series transports us to a magical afterlife scene, where we see the links between life and death. There are three mummies here, with a South American aesthetic. The two sitting on the rocky ground to the left and right of the abyss feel almost alive, and one of them is talking. In the center of the painting is a female mummy, she wears a sculpted mask and has some remnants of body wrapping that sparkle like precious stones.

She is talking to us, saying something beyond the measure of time and space that we cannot understand. The line of composition is triangular, and so our eyes are drawn to her, and she carries the emphasis. She bears an eerie, glowing egg that holds a larva or primitive form of life. In the background is an ethereal, swirling vortex sky: it is a passage between the land of the living and the land of the dead.